For Healthcare Professionals |  About Us |  Contact Us |  Help and Support

Scientific and Medical Reports and Research on Natural Progesterone

The following is a list of some of the many articles from journals that are widely accepted by authorities to be legitimate and well researched.

It is often mistakenly said that there is no scientific or research reference material on the use of natural progesterone.  This is simply not true, as there exists plenty of information and data in peer-reviewed medical journals but these are simply often not quoted or known about widely enough.   The following is a list of some of the many articles from journals that are widely accepted by authorities to be legitimate and well researched.

Breast Cancer Res Treat 2007;101:125-134 – “Estradiol and progesterone demonstrated no increased risk of breast cancer. Synthetic estrogen (Premarin® ) and synthetic progestins (medroxyprogesterone and noresterone) all dramatically increased the risk of breast cancer. This was a ten year study of over 100,000 women, the largest and longest study to date comparing natural hormones to synthetic hormones”.

Fertility Sterility 2005 Dec;84(6):1589-601 – “The WHI trial had major design flaws that led to adverse conclusions about the positive effects of hormone therapy. The study included mostly older women that already had cardiovascular disease. The study utilized only medroxyprogesterone (Provera® which we know negates any beneficial effect of estrogen, rather than the bio identical hormone, progesterone”. Multiple other studies with estrogen started early in menopause demonstrate beneficial effects.”

American Family Physicians 2000;62: 1339-46. – “Due to the side effects of synthetic progestin’s, natural progesterone is preferred. Progesterone has proven bio-availability and no side effects making it the preferred hormone for menopause.

Obstetrics Gynecology 1989;73:606 – “Natural estrogen and natural progesterone offer substantial clinical benefit over the synthetic hormones and should be the agents of choice for menopause.”

Japan Journal of Cancer Research 1985June;76:699-04. American Family Physicians: 2000;62(8):1839. – “Mammary tumor stimulation was reduced both by progesterone and Tamoxifen, more so by progesterone by Tamoxifen which is the drug of choice to treat cancer.”

Journal of Women’s Health Gender-based Medicine: 2000;9(4):381-7. – “The side effects of the synthetics include bloating, nausea, and depression were eliminated by using natural progesterone. In fact, unexpected improvement in the feeling of well-being was observed when natural progesterone was used.”

Endocrine Reviews: 28(4): 387 – 439 – “Progesterone has metabolic and hepatocellular effects (decreased insulin sensitivity, increased levels and activity of IGF-1, decreased levels of SHBG), which contrast the opposite effects induced by oral estrogen. Within the nervous system, the neuroprotective and promyelinating effects of progesterone are promising, not only for preventing but also for reversing age-dependent changes and dysfunctions. There is strong evidence that the ageing nervous system remains sensitive to the beneficial effects of progesterone, this may also extend to peripheral tissues including the breast, blood vessels and bones.” 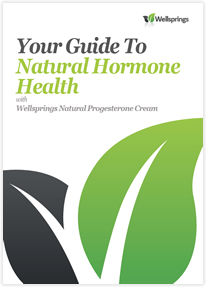 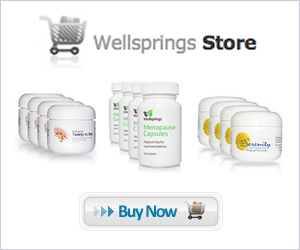